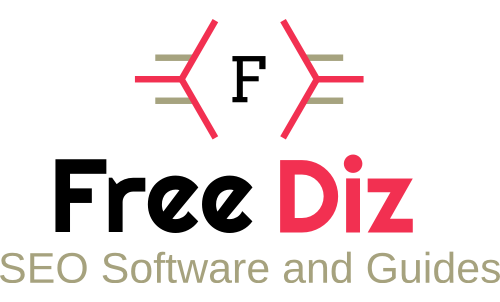 The Right Keywords Can Make You Rich

One of the most longstanding misconceptions in search engine optimization is the idea that the right long-tail keywords will make you rich. I say that this is a misconception. Although in fundamental terms this is absolutely right on the money, it’s a misconception because people choose to act on it in a very detrimental way. They think that just because they have gathered the right long-tail keywords that this automatically means a big payday down the road. Unfortunately, that is not the case. If that’s your thinking, chances are pretty high that you would be disappointed.

What are long-tail keywords and why should you care?

Long-tail keywords are keywords composed of two or more words. The longer a key phrase, the less people are searching for it. The upside is that these key phrases are so targeted that it’s fairly easy to figure out the intent of the people using such key phrases. Why is the intent crucial?

If you identify keywords that are high in buyers’ intent, meaning people would only enter these key phrases if they’re looking for certain things to buy, chances are pretty good that if you dominate and rank well with those keywords the visitors that you get will buy something from your page. At the very least, they would click on an ad or do something that would put extra dollars in your bank account.

If you were able to rank for those keywords, then you would be able to put your offer in front of the right eyeballs at precisely the point in time where their demand for it is the most intense. Sound awesome so far, right? Well, there’s a major problem. The problem is Google’s Keyword Planner.

This is where most people slip up. When they use Google’s Keyword Planner they’re basically using the same database to find long-tail search terms. Make no mistake about it, Google can give you tons of key phrases. It can also tell you how much people pay for those clicks as well as how much traffic to expect as far as monthly search volume goes. The problem here is that Google Keyword Planner has a serious Achilles’ heel.

When you type in a word, the Keyword Planner’s algorithm focuses on the presence of the word. It doesn’t think like a human being. It doesn’t draw thematic connections. It doesn’t go through any long, convoluted analysis based on lived experience. Instead, it just simply matches the presence of certain keywords in the phrases that you enter.

This is a serious issue because this tool would essentially spit out the same results for people that type in the same seed words as you. Why does this lead to headache? Well, your competition will use Google Keyword Planner as well. Your competition then ends up with the same cluster of keywords as you. You are competing by starting out at a serious disadvantage. How come?

Your competitors already have link networks. They already know what they’re doing. Maybe they’re SEO experts. Maybe they have tons of highly targeted content. Whatever the case may be, they are starting at a competitive advantage and you have to start out from scratch. It is no surprise then that people who are dependent on Google Keyword Planner for long-tail keywords end up struggling for a long time. They end up banging their head against the wall until somehow, someway, they gain some traction later on after enough sustained effort.

The good news is you don’t have to do it that way. There is an easier way forward. This is also the smart way.

The smart way to do long-tail keyword is to simply ditch Google Keyword Planner. I know this is very hard to believe. I know that most people use that tool as a crutch, but get that tool out of your head. Assume that doesn’t exist. Instead, focus on looking for resources online where people use their brains and common experiences to sort words. This may seem theoretical to you, but this route already exists. This is called crowdsourcing.

Whenever you get tons of people from all four corners of the world to use their collective brains to sort information, this offers a tremendous opportunity for collective analysis. This is exactly the kind of out-of-the-box solution you should be looking for when searching for the right long-tail keywords. Otherwise, you’re going to be stuck with the same keywords that everybody else is targeting because you guys are using the same tools.

Now, if you were to look at crowdsourced and crowd edited resources for your keywords, you start the game with a serious competitive advantage. In fact, you blow your competitors out of the water because they assume that this stuff doesn’t exist. It does exist because you see, in any kind of niche, people are always coming up with new ways to describe what they’re looking for. Unfortunately, it takes search engines quite some time to catch up.

By being the first to focus on these organic keywords and dominate them, you gain a tremendous competitive advantage. As these key phrases become popular, your websites stand to earn more money. You beat your competition to the punch.

Your goal: Find keywords your competitors are not aware of but…

Look at Wikipedia or Reddit. What do these two websites have in common? That’s right, they use a crowd-controlled category system. When somebody makes a page on Wikipedia, for example, they have to tie that page into the existing hierarchy and category system of Wikipedia’s content. This gives you a lot of clues regarding new words that people use to describe certain concepts. This also gives you context for these new words.

Now that you have drilled deep into the guts of Reddit and Wikipedia to find niche-related hot long-tail keywords, the next step is to cross-reference. Go to Google Keyword Planner and enter those obscure long-tail keywords you found. If there is some indication of search volume and it doesn’t have to be a lot, then you’re on to something. If, however, you get absolutely zero search volume, then you might want to have to think twice.

The Quick and Dirty Guide to Email Marketing

How to Make it Online: A “Quick start” Guide to earning on the Internet